GETTING STARTED
TITLE PAGE
After the
title, enter the name of the
author, the course, and the date
of submission.
FORMAT
Use 12-point Times New Roman
font on all pages of the paper.
Double space the text, but single
space the footnotes and
end notes. Leave a one-inch
margin on all four sides of the
document.
THE HISTORY OF WESTERN MILITARY CODES
Betty Smith
American History 101
TITLE
The title appears centered on
the first page of text in all
capital letters. It should be in
12-point font and not italicized,
underlined, bolded, or in
quotation marks.
NUMBERING
May be placed:
1. Centered in Footer
2. Centered in Header
3. Flush Right in Header

CHOOSE ONE AND BE
CONSISTENT.

FOOTNOTES :- Quotations, paraphrases, and
summaries are cited by using
either footnotes or end notes. In
the text, the note numbers are
superscript, follow the passage
being referenced, and come
immediately after the final
punctuation mark.
Corresponding footnotes are
placed at the bottom of their
page of reference.
The text and footnotes are
separated by a short line, and the
reference begins with a full-sized
number. The first line should be
indented. Footnotes continue
their numbering throughout the
paper rather than by page.
Most word processing programs
will automatically track note
references once they are added
or rearranged.
If it had not been for this secret coding, perhaps the outcome of the
second World War would have been dramatically different. Yet
because the information unveiled was so critical, the crypto analysts
literally saved the day.3
The ability to decipher the code of the enemy enabled the allies
to get the upper hand in WWII. American historian Thomas Powers
wrote the following:
The American ability to read Japanese cables, code- named
Magic, was one of the small advantages that helped the Allies
win time and then the war. Another was the British ability to
read the German military communications enciphered with the
Enigma machine, code-named Ultra. (Powers 1977, 22)
Considering Powers’ contribution to the development of the coding
system within warfare, it is not surprising that each side in the war
1. Alan Cutler, Codes in Abodes (Boston: Houghton Mifflin,
1943), 110.

Block quotations are quotations 3
lines or longer and must
include at least 2 sentences.
They are single spaced and
indented 4 spaces from the
left. If the block quotation is
an entire paragraph from the
original text, the 1st line
should be indented an
additional four spaces.
Short block quotations should
end with a superscript number
leading to an endnote or
footnote. Paragraph-long block
quotations are followed by
parenthetical citations
(Author’s Last Name year of
publication, page number)
rather than the superscript
number leading to a footnote
or endnote. The punctuation
precedes the citation.
Style Guides Turabian Format

Rather than footnotes, your
instructor may require endnotes.
These are found at the
conclusion of the paper and
serve the same purpose as
footnotes. In-text citations still
appear as superscript numerals,
but the actual entries are found
at the conclusion of the paper,
preceded by full-sized numbers
with periods. As with footnotes,
the first line is indented.
Both end notes and footnotes
must contain information about
the source. They may also
provide further information or
insight that would distract from
the flow of the paper but still be
relevant to the topic.

In addition to end notes or
footnotes, a bibliography is
required. The bibliography
comes after end notes and should
list all sources that were looked
at or consulted, whether or not
they are referenced in the paper.
The title should be centered and
the first letter should be
capitalized. The word should not
underlined, italicized, or bolded.

Use a hanging indent for
entries longer than one line.
Indent 1/2’’ from the set
margins after the first line of
each entry.
10
Thus we see the relative importance of coding within the military.
Though codes have proven beneficial to lovers, they have also
proved fatal for enemies of war. Yet codes will forever add to the
mysteries of military warfare.
1. Marshall Savage, Culture and Practical Reason (Chicago:
University of Chicago Press, 1976) 88.
2. Savage, 89.
3. A reason why many codes have been broken is that people
have gotten much more intelligent in recent years. While
education opportunities have proliferated, IQ levels have also
risen with the decreased infant mortality rate of women. While
history is the supreme discipline, it is wise to remember that
value can be found in “decoding” other academic disciplines.
(Frank Graves, The Living Principle: “History” as a Discipline
of Thought [London: Chatto & Windus, 1975], 12).
Bibliography
Baker, Richard, ed. The Dispersion of Nuclear
Weapons Strategy and Politics. New York:
Columbia University Press, 1964.
Cutler, Alan. “The War-Time Reliability of Interstate
Alliances, 1816-1965.” Paper delivered at the
Sixteenth Annual Conference of the International
Studies Association, Washington, D.C. 19-22 February
1975.
McDonald, Benjamin. Safeguards Against Nuclear
Proliferation. Cambridge:MIT Press, 1975.
Savage, Marshall. The Foundations of Codes. New
York: Dover, 1972.
Zenger, Lawrence. Atomic Energy Policy in France
under the Fourth Republic. Princeton: Princeton
University Press, 1965.
11

If an author’s work has already
been referenced but does not
immediately precede the note
in question, simply list the
author’s last name and the
page number. If more than one
work by the author is cited
within the document, also
include an abbreviated title to
indicate which work.
(Example: Jones, Life of
Charlemagne, 66.)

Arrange entries in alphabetical
order by the author’s last
name. If there is no author for
a work, list it alphabetically by
the title (excluding the, a, and
an)

Each entry should be single
spaced. However, an extra
space should be added
between individual entries.
Style Guides Turabian Format

BOOK BY A SINGLE AUTHOR

BOOK WITH NO AUTHOR GIVEN

ARTICLE IN A NEWSPAPER

N First Name Last Name, “Title of Article,” Title of Newspaper, Day Month Year.
Jeffrey Rosen, “If Scalia Had His Way,” New York Times, 9 January 2011.
B Newspapers are rarely listed separately in a bibliography. If a newspaper is cited only once or twice,
a note or parenthetical reference in the text is sufficient.

ARTICLE IN A JOURNAL

ARTICLE IN A MAGAZINE 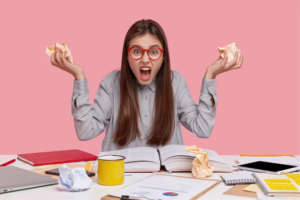 ARTICLE FROM AN ONLINE DATABASE

If you may need also to read about Harvard please visit.. link.