Cyber Security: Sanctions and Impacts of unauthorized access as Stipulated in Saudi Law

Cyber Security
Abstract
Cybersecurity plays a vital role in technology, process, and protection of networks, data from attacks, damages, and programs. Cybersecurity is highly used in military, government, corporate, medical organizations, and stores in storing data on devices such as computers. Moreover, the development of cybersecurity has a significant portion of data management and storage, whether on intellectual property and personal information and financial data. In businesses, there is the transmission of sensitive data through different devices. The art of cybersecurity is that it clearly describes the discipline that is dedicated to protecting the systems and information in the processing sites. Most of the companies all over the world use cyber security to safeguard the information that is related to health, national security, and financial records to their business.
Additionally, there are challenges in the process of incorporating cybersecurity in businesses and other corporates. Due to the occurrence of challenges, there is a need to have adequate cybersecurity to have a successful information system. There are unwanted users, intrusions, and attacks in network security. There is a need for the use of apps for application security that will involve in the update and ensuing that the programs are secure form the attacks.
Cybersecurity has been the best way of securing information, which has been the biggest challenge in the present day. Cyber-crimes are the first thing that comes in our minds once we think of cybersecurity, which has been reported to increase each day. There is takes of measure from the government and companies to prevent cybercrimes. Moreover, there is a considerable concern to many people besides various standards of cybersecurity.
Most of the government businesses have made computers the mainstay in their management and in planning their development. There is a drive towards electronics in most countries as a platform of growth in economies. The access of technology has implicated to people being in a position to access government services from whichever location they are located. Through the use of daily activities in the growth of the economy, there has been an increase in computer crime and information regarding the business, government, health, and even security. The problem has to lead to the development of law and policy to reduce the growth of cybercrimes. This paper shows an illustration and discussion of how Saudi Law is against cybercrime about its IT. Moreover, it shows the relation of the Saudi Arabian government and the anti-cybercrime law. 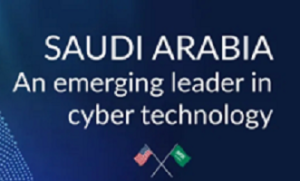